This is our fourth post in the Possession Series here. This is a follow on from our Receiving the Ball installment.

This continues our theme so far of perfecting some tactics around 1v1 before we move on to group scenarios. I’m a believer in that the better able the players are able to cope with and respond cooly under pressure with the ball, the less rash they will be giving away possession. If they aren’t comfortable with pressure and able to buy themselves time to find the pass, they will force the ball ending up in turnovers.

Many times during the game a player will be in a position where shielding the ball is not a viable option, such as when you face pressure from two directions. A player must take a dribble to increase space or put both opposing defenders behind them.

This follows the same grid pattern used in the previous activities except you will remove one side of two squares to make 10×20 rectangular grid . You will add two small “goals”, both on the same long side at opposite ends. There are two players per zone. Player 1 stands on the same touchline as the two goals facing the opposite side with a ball between their legs. Player 2 plays the ball from behind player 1 into the center of the zone. Player 1 must retrieve the ball with player 2 applying immediate pressure from behind, and the object is for player 1 to dribble through either goal. Have the players rotate roles each time. 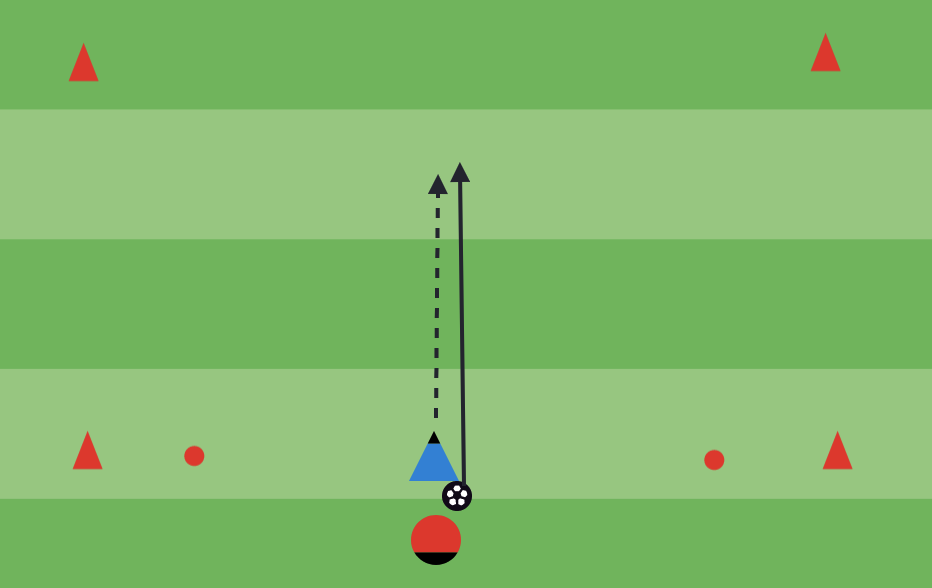 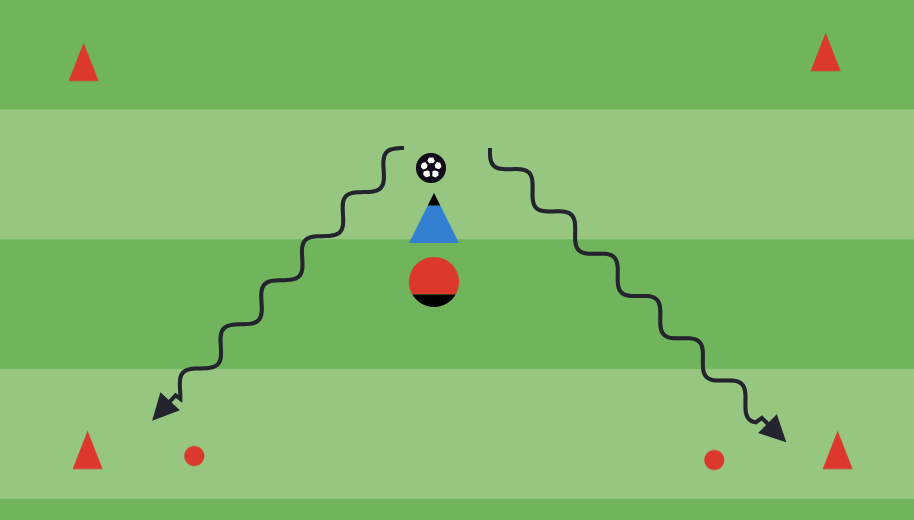 Move to 3 per zone, adding a server. Ball is served in from a coach or teammate randomly in the zone.

The server puts in a random ball and moves location. Receiver has to find and pass back to the server. Rotate roles.

The next article in the series is Playing From the Spot.