This is our third post in the Possession Series here. We are picking up after our Shielding the Ball exercises and still focusing on the individual technical skills that will help enable our possession style of soccer when we move into teaming situations.

In this case we want players thinking about their next move as they receive the pass. They must have some very basic tools to receive the ball under pressure because oftentimes they will need to hold onto the ball before their next passing opportunity appears.

These activities build on the Shielding the Ball progression so you’ll want to start with the same 10×10 grid. 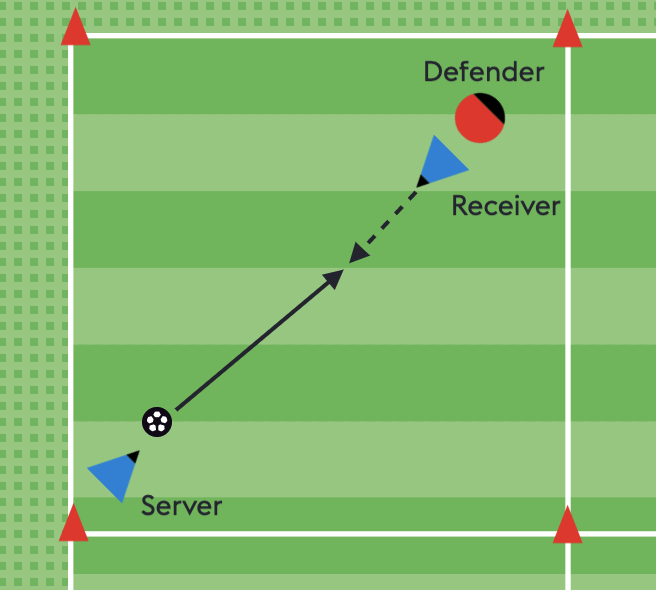 Same activity but have them control the ball with their non-dominant foot for ten passes each.

Instead of standing on the corners, have them stand on the side of the squares. The server will put the ball into the square at a random locations, sometimes right to, sometimes to left side, sometimes right. The receiver will have to make a quick decision about which foot with which to receive the ball. Receiver still shields for five seconds. Play until they’ve made sufficient progress. 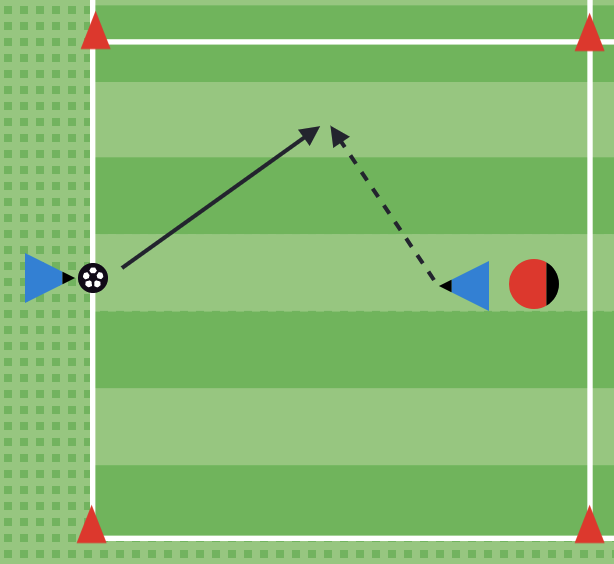 This session leads nicely into the fourth: Escaping Pressure